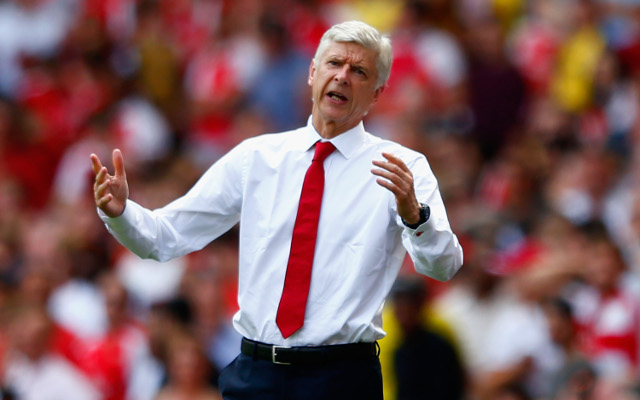 Arsenal are set to field a weakened side against Liverpool in their Premier League opener on August 14 with a handful of key individuals missing out.

Per Mertesacker has been ruled out after picking up a serious knee injury last month, while the quartet of Aaron Ramsey, Mesut Ozil, Laurent Koscielny and Olivier Giroud aren’t expected to feature following their exploits at Euro 2016.

While all four are clear of injury, they have been afforded additional time off since the end of the tournament last month, and are highly unlikely to be considered fit enough to play.

However, Arsene Wenger has now revealed that he has doubts over whether or not Santi Cazorla will be ready to face Jurgen Klopp’s side, and predicts that he won’t be fully fit until the end of August.

“At the moment he is not completely there on the fitness front. That’s why I took him off at half-time,” Wenger said at his post-match news conference after a 3-1 win over Chivas in LA.

“He’s a bit behind the others physically but I think he will be alright, maybe not on Aug. 15, but at the end of August he should be alright.”

It was the Spaniard’s first appearance of pre-season after missing five months of last year’s campaign with a serious knee injury before going on to suffer with an Achilles issue.

As he continues his comeback, it’s unlikely that Wenger will rush him back, and instead will give him plenty of time to regain his full fitness and match sharpness before being thrust into the starting line-up against a direct rival.

Nevertheless, the absences will be a concern for the Gunners with Danny Welbeck also a long-term absentee, while Alexis Sanchez will be hoping to feature against the Reds after suffering a gruesome looking ankle injury in the Copa America final.

A quick start will be essential for Arsenal as they look to avoid coming under early pressure from supporters and media alike, with Wenger still waiting to splash out in the transfer market to add to his notable acquisition of Granit Xhaka earlier this summer.