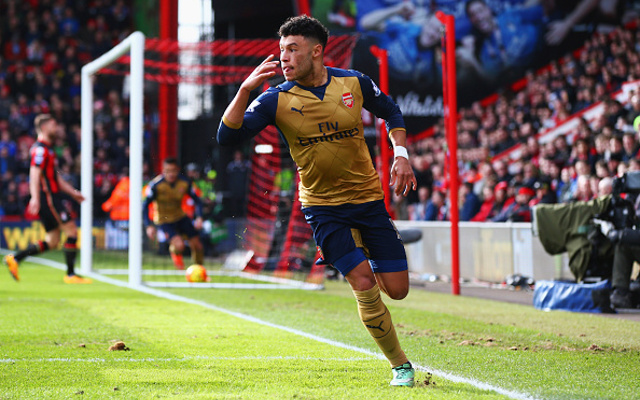 Arsenal manager Arsene Wenger has called on Alex Oxlade-Chamberlain to step up and deliver this season after impressing in pre-season so far this summer.

Having missed a large part of the end of last year with a knee injury, the England international has bounced back with two goals in pre-season and has looked in good form.

However, there will still be caution over the 22-year-old, who has failed to hit the heights that many expected him to hit after his arrival from Southampton.

Nevertheless, Wenger hasn’t given up faith in him and has insisted that this year is the year for the winger to prove his worth and fulfil his potential.

“It’s a very important season for him. He has been out for a long, long time,” Wenger told the club’s website. “[He gives us] power, penetration. He has it all, Alex Oxlade-Chamberlain.

“That’s why I would like him to get to the level he can go to. Maybe he doesn’t completely believe himself how good he can be and that’s the final step for him.”

Oxlade-Chamberlain joined the Gunners in 2011, but in the five seasons that have since passed, he has been unable to register double figures in goals in the Premier League.

In fact, his highest return in a single campaign has been two goals in two separate seasons, and so the reasons behind the frustration over his development, or lack of, are evident.

Nevertheless, with a whole host of players likely to be out of action for Arsenal’s season opener against Liverpool on August 14, the England ace will have the opportunity to start the year on a positive note. In turn, he’ll hope to prove to Wenger that not only does he deserve his place in the starting line-up, but also that he can consistently deliver when it matters.