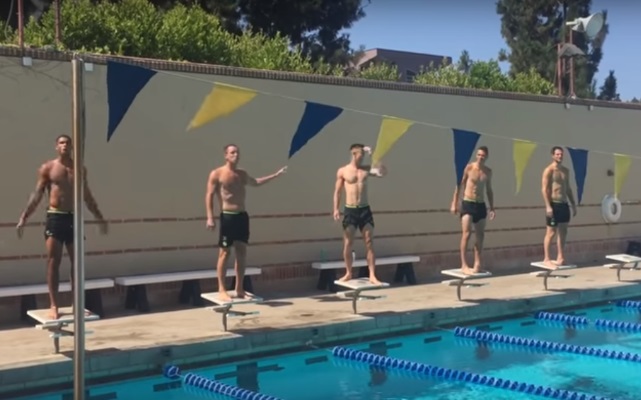 Chelsea’s squad are continuing their pre-season training in Los Angeles, but have proved that they’re able sportsmen away from the football pitch.

Well, at least one player is!

During a recovery session the guys decided to have a swimming race in what appears to be an Olympic-size pool, potentially in preparation for the summer’s games in Rio.

While Loftus-Cheek and Matic miss the starting signal and fail to jump, skipper JT got away clean and—as if his competitive spirit was ever in doubt—the veteran centre-back ends up winning the race.

We don’t know if Terry’s time is good enough for an Olympic call-up, but in any case, we are excited about seeing Antonio Conte’s boys test their mettle in another one of the Games’ many disciplines!