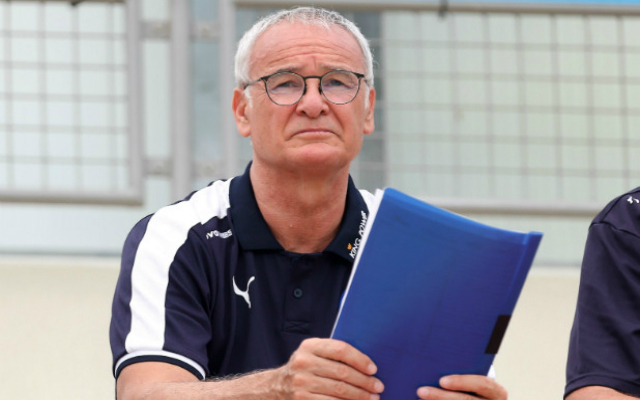 Speaking ahead of Leicester City’s International Champions Cup match against Barcelona, Foxes coach Claudio Ranieri has admitted that he’s expecting a testing encounter for his troops.

“I know that against us, Barcelona will have the ball and you can’t keep possession, because that’s not our quality,” he told journalists on Monday, as reported by Goal.

“We can stay together with proper discipline and running.”

Leicester are set to face arguably a higher calibre of opposition this season when they make their Champions League debut, having completed the miraculous achievement of winning the Premier League last season.

The ICC has afforded the Foxes the opportunity to test their mettle against some of the world’s finest sides, but so far the omens have not been good ahead of their maiden bow in the UCL.

Ranieri’s troops were outclassed 4-0 by Paris Saint-Germain in a stark reminder of their limitations against Europe’s finest, and will be tested once again when they meet Barcelona in a friendly on Wednesday.

Leicester will be seeded for the Champions League draw, meaning they will not be able to play either Spanish champions Barca or French giants PSG in the opening round.