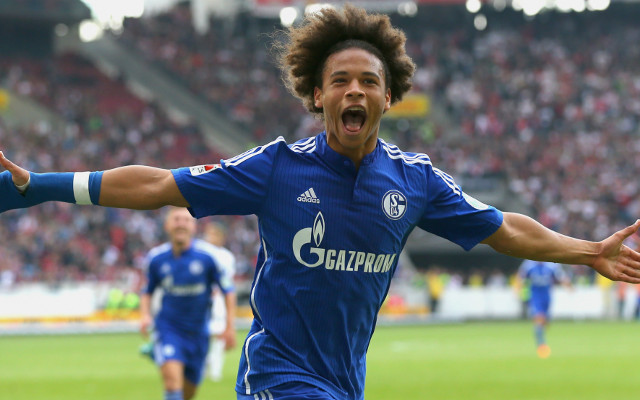 Manchester City boss Pep Guardiola is on the verge of adding another new face to his squad with Leroy Sane set to undergo a medical on Monday.

Schalke have confirmed on Twitter that the German international has not travelled to their training camp, and has instead flown out to Manchester to conclude his move to the Premier League giants.

As reported by Bild, the 20-year-old is expected to agree to a five-year deal with City and will join them in a transfer that is likely to cost them around €50m.

That in turn would make the talented youngster the most expensive player in Bundesliga history, with Guardiola seemingly confident that they are splashing out on a player that will form a crucial part of his plans for success at the Etihad.

The former Barcelona and Bayern Munich coach has already brought in Nolito and Ilkay Gundogan this summer as he looks to rebuild his squad, but the signing of Sane is a questionable one to some extent given the array of attacking options he already has at his disposal.

With the likes of David Silva, Kevin De Bruyne, Nolito, Samir Nasri, Jesus Navas, Raheem Sterling and Sergio Aguero all fighting it out for spots in attack for City already this season, it remains to be seen if any individuals are offloaded to make space for Guardiola’s new recruits.

Sane scored nine goals and provided seven assists in 42 appearances in all competitions last season, and he will undoubtedly now hope to complete his move to the Premier League and prove his worth as part of Guardiola’s revolution at City.