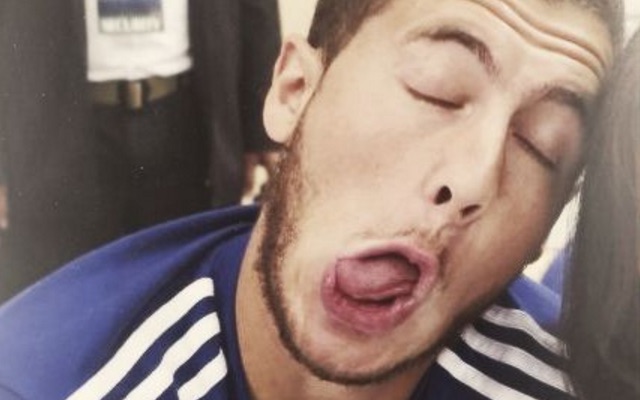 It’s fair to say that the USA is finally starting to take soccer to their hearts.

This summer, Liverpool, Chelsea, Arsenal, Real Madrid, PSG and even Leicester City jetted off to the States to play preseason friendlies in front of hoards of soccer-converts.

Not every sports fan in America likes proper football though.

But that’s fine, because many Brits still think baseball is just cricket for fat blokes.

During Chelsea’s tour of the US, Hazard and a group of teammates went to watch the Minnesota Twins.

While Cesc Fabregas, Asmir Begovic, Cesar Azpilicueta, Pedro and Thibaut Courtois made the effort to smile, Hazard refused to even to pretend he was having a good time.

Hazard had a fairly good time in Chelsea most recent friendly though, scoring twice in a 3-2 defeat to Real Madrid.