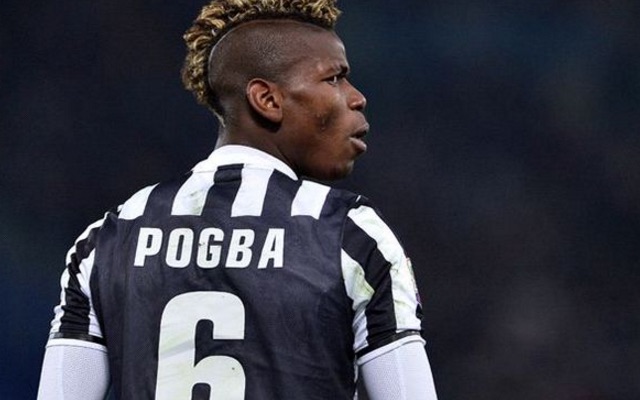 Paul Pogba’s transfer to Manchester United is hopefully nearing a conclusion, as hints continue to be dropped that the Juventus star is on the move.

An eagle-eyed fan has spotted that the Frenchman has been replaced with Miralem Pjanic on the club’s site, with the Bosnian international now modelling the away kit, as seen in the tweet below.

While there may well be a more innocent reason behind the swap, it seems more than a mere coincidence that the Bianconeri would make the change given the increased speculation that Pogba is on the verge of returning to Manchester.

Further, Italian newspaper La Repubblica, as reported by The Sun, has calculated the total cost of the French international’s transfer, and believe that it will reach almost a quarter of a billion pounds.

Factoring in the transfer fee, agent’s fee, wages over the course of the five-year contract and all other finer details, the signing of the 23-year-old is expected to cost United £226,000,000.

It seems particularly ridiculous that the transfer is going ahead with that figure being touted, more so given the fact that this is a player that United let leave on a free transfer in 2012.

Granted, circumstances have changed at the club and Pogba has undoubtedly matured and developed into one of the top midfielders in world football during his spell with Juventus.

Nevertheless, the figures suggested are certainly enough to question whether or not the move really does make sense for United, who along with Pogba, will now be under serious pressure to deliver results immediately and bring back sustained success to the club.

That responsibility will fall on the shoulders of Pogba and boss Jose Mourinho for the most part, as despite the undeniable talent that the Frenchman possesses, there are still question marks over whether or not he’s really worth all this money.