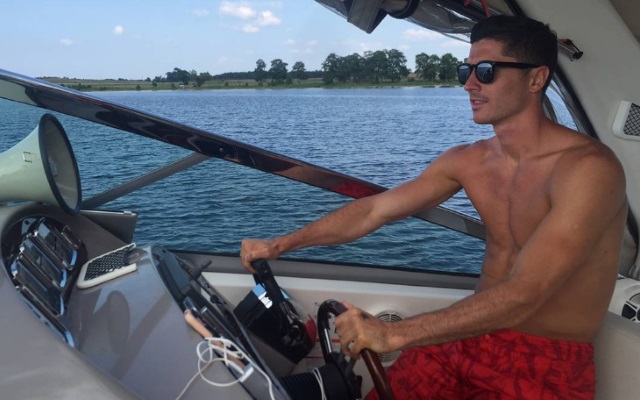 “All good things come to an end,” the striker wrote on his official handle, a line which is sure to get the transfer rumour mill spinning.

All good things come to an end. Summer holidays are almost over, soon we will start trainings ???? #rl9

Is Bayern Munich’s super striker announcing his departure to Madrid or Manchester, with both Real and City reportedly keen on his services?

What remains feasible so far is that the Bundesliga’s top scorer with 30 goals last season is still a top priority for the two European giants.

The Polish hitman has demonstrated his finishing skills season after season, and is an all-around talent: he has good balance, he is a great header of the ball, can shoot with both feet and is very powerful.

SEE ALSO:
Manchester City close in on €50m signing as star arrives in England for medical

Doubtless, the attacker is a world class striker and is already playing at a major club, but could he be interested by a new challenge?