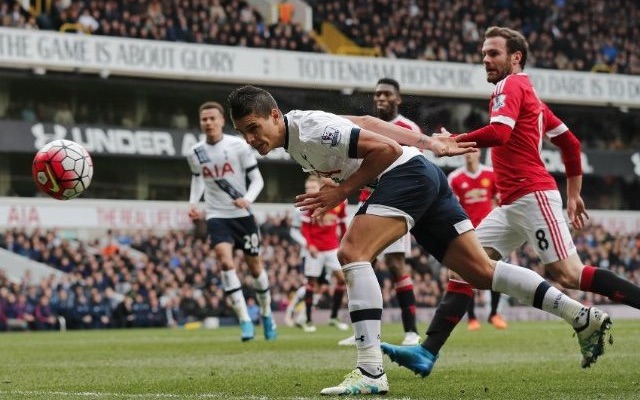 Tottenham forward Eric Lamela has denied rumours linking him with a summer exit this summer according to the Mirror.

In fact the 25-year-old seemed baffled as to why he is being linked with other clubs.

“Ever since I came to Tottenham I’ve heard that I am supposed to be leaving,” revealed Lamela. “It is the same every summer. I do not know why.”

Lamela revealed that he is fully focused on remaining at Tottenham next season and that leaving the North London based outfit has not even crossed his mind.

“Even when things did not go as planned at the start, I never thought about leaving,” he added.

Lamela played an important role in the Tottenham side that finished the Premier League in third place last season but he believes his side can do even better this time around.

“Last year we did very well by finishing third,” he said. “I feel we can do even better this season.”

Lamela joined Spurs three years ago from Italian giants Roma for on a £25.8million move and has 17 goals and 14 assists in all competitions since joining.

The Argentinian scored 11 goals and provided 10 assists in all competitions for Tottenham last season.

The 24-year-old played an important role in the North London based side reaching third place last season and still has another two-years remaining on his contract.