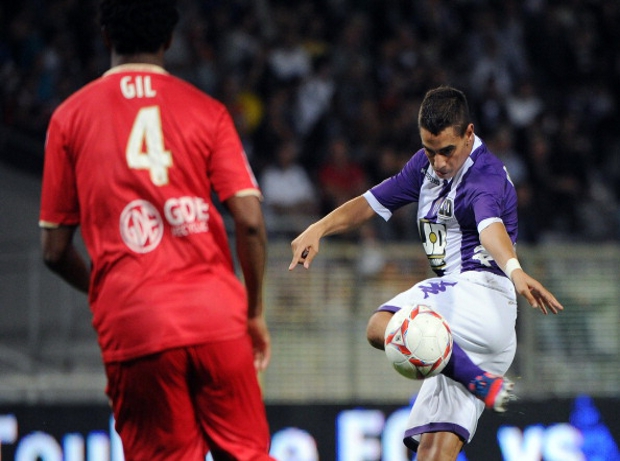 Toulouse coach Pascal Dupraz has confirmed that Wissam Ben Yedder could have joined Arsenal before completing a move to Sevilla on Monday.

The Spanish side confirmed a deal for the Franco-Tunisian frontman on their Twitter handle, confirming in a statement on their website that they’ve tied the former France U21 international to a five-year deal, keeping him at the club until 2021.

However, a move away from the Stade Municipal has long appeared imminent and the forward, who scored 63 goals in 156 appearances for the club, can now look forward to an exciting challenge with the Europa League champions.

However, it might have been so different, with his coach at TFC Dupraz confirming—as per Estadio Deportivo—that he could have joined Arsenal.

“He could have gone to Arsenal,” the passionate manager told the Spanish source, “but is one of the biggest clubs.

“However, Sevilla are also a great club and I think the Spanish league is perfect for him because it’s one-touch football and very offensive.”

Ben Yedder would surely have been a valuable asset for Arsenal, but now has the opportunity to test himself in the Champions League.