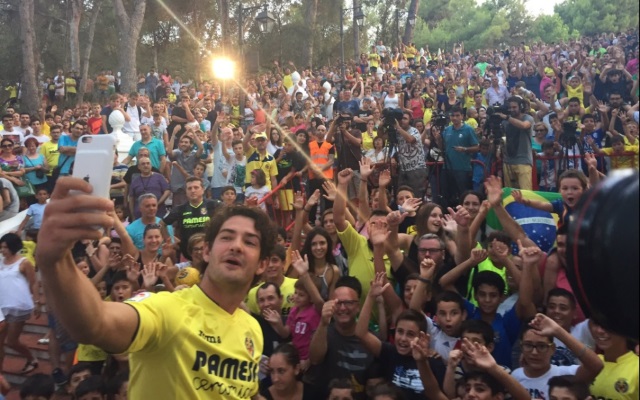 Alexandre Pato was officially presented to the Villarreal fans on Monday, and it’s something of an understatement to say he was well received!

In a photo shared on Gazeta Esportiva, credited to Villarreal/Divulgacao, Pato is seen being welcomed by his public.

In the shot, we can see him taking a selfie in front of a colourful and happy crowd, who are clearly delighted to have him.

Their ecstatic reaction begs the question: Did they see him play last season?!?

The Duck has a few words in Spanish to thank his excited fans for being there, although while he’s certainly made a good first impression, he will have to improve on his miserable showing last season—he scored just one goal after moving to Chelsea midway through the campaign—to keep them onside.