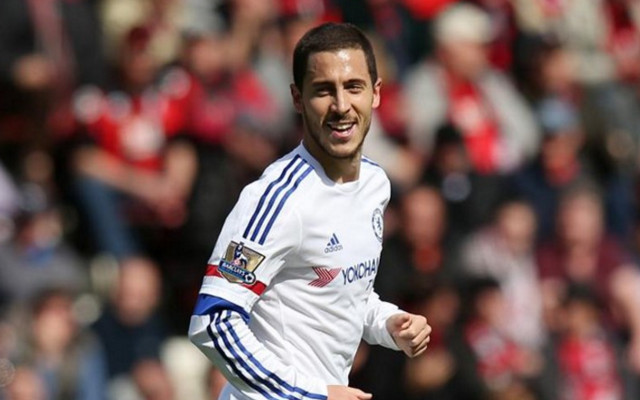 Chelsea boss Antonio Conte has shown enough signs this summer to suggest that he plans on deploying Eden Hazard in a central role this coming season.

The Belgian international has been used as a winger during his time at Chelsea, but has had a desire to play behind the main striker through the middle.

Conte has addressed the situation with the media this week, while the fact that he also played Hazard in that role in a 4-4-1-1 formation in the second half against Real Madrid, with the 25-year-old going on to score two late goals in the 3-2 defeat, shows that it’s a genuine possibility.

“I like him in this position, like a forward. It can be a good solution for us,” Conte told reporters, as noted by The Daily Mail. “He can play as a winger, but also he can play as the second forward.

‘He must improve his shape but he is working hard and his shape can improve a lot, the same as the other players.”

Despite being back in training for just a week, Hazard has joined in with his teammates and their heavy workload in double sessions as Conte looks to get his men in prime condition for the new campaign.

It’s nothing new from the former Juventus and Italy coach as he has placed a huge importance on fitness in previous jobs, and given his emphasis on the collective rather than the individual, he will want to see maximum effort from all in the squad to prove that they deserve a spot in his starting line-up.

With Chelsea set to return from their pre-season tour this week, the Italian coach will be expected to trim his squad given that there are 29 players currently in the senior group.

In turn, with those that don’t feature in his plans being moved on, he will undoubtedly look to continue to strengthen the team with Michy Batshuayi and N’Golo Kante his only summer signings thus far.