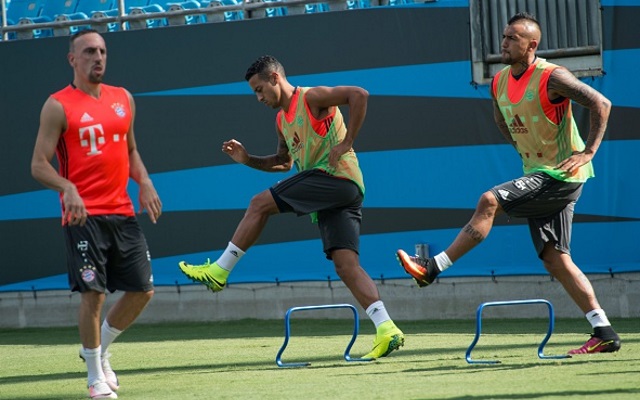 Thiago Alcantara has praised his new Bayern Munich coach Carlo Ancelotti as he spoke ahead of the new Bundesliga season.

“We have a coach who has won everything as a coach and as a player,” he began, speaking to Goal. “Ancelotti has an incredible relationship with the players, so we are very excited to play with him and start the season.”

Alcantara has returned to the United States for another preseason tour with the German heavyweights as they begin a new era under Ancelotti.

Now 25, the Spain international will surely be hoping to further establish himself as a key man at Bayern after initially struggling with injury upon his arrival in Bavaria.

The German giants have a new man sitting on their bench after Pep Guardiola left for Man City, and will be expecting the Italian strategist to establish his style of football during these valuable preseason months.

If Alcantara’s summary of Ancelotti’s early impact is anything to go by, the German champions are confident about their prospects under the new man.

“We are here for two things: to enjoy ourselves and to learn,” Thiago continued. “It is easy to enjoy football with him because he was a football player, as I said.

“Second, you learn a lot because he has come a long way and has a lot of experience.”

Thiago is clearly impressed by the early impression made by Ancelotti: “He knows how to treat players, how to handle them. He has dealt with a lot of great players in his life. I think he has this quiet character which makes him also humble in some occasions. ”

Bayern are continuing their preparation in order to realise their expectations—the domestic title and continental progress.

They have won four Bundesliga titles in a row, three consecutive German Cups and reached at least the semi-final of the last five editions of the Champions League.