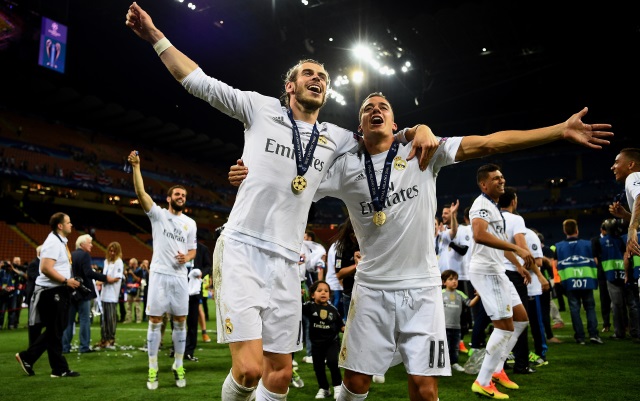 Despite a series of star showings at Euro 2016, it seems that Gareth Bale just can’t get enough of football.

The Welsh forward is currently enjoying a holiday in his beloved country of birth before returning to duty with Real Madrid, and has shared a clip of him scoring an astonishing wondergoal against a friend in a superb Facebook clip.

Getting ready for the season, can’t beat a bit of Welsh rain! ??

The Welsh hitman seems to be enjoying his rest in Wales where he keeps playing football with his friends.

The forward scored three goals during the European Championships as Wales reached the semi-finals, and while he impressed—notably during an exceptional few group stage performances—none were quite as good as this dazzling effort he smashed in in the rainy Welsh countryside.

He certainly appears hungry for more football, and Real Madrid fans should start getting very excited about the season ahead.