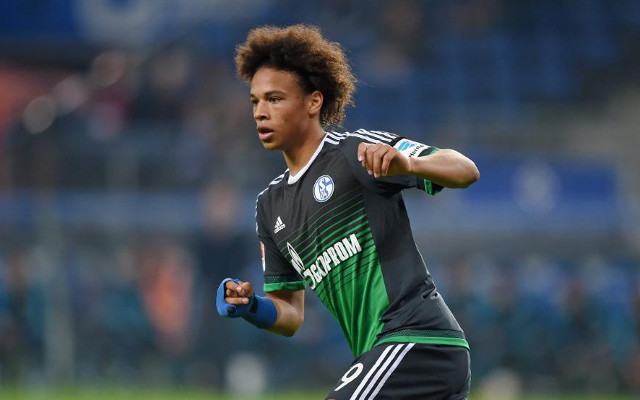 Manchester City boss Pep Guardiola would have been fully aware of the need for changes at the club this summer, and slowly but surely he’s ushering them in.

Having already signed high-profile names in Nolito and Ilkay Gundogan this summer, the Spaniard is now on the brink of adding a third major summer signing.

According to The Sun, Leroy Sane will be unveiled as their latest acquisition on Tuesday in a £37m move from Schalke, as he becomes the latest piece to Guardiola’s masterplan.

The 20-year-old is said to have arrived in Manchester on Sunday night, and spent most of his time looking around the club’s facilities before undergoing a medical.

Further, it’s added by the report that he has passed that medical and so all that’s now left is for City to unveil him as their player and announce that he’s put pen-to-paper on a five-year deal with the club.

The deal includes various add-ons which will see the overall transfer fee rise, but that will matter little to the Premier League giants at this stage as they arm Guardiola with another star that he will hope to help develop and mature into one of Europe’s best.

While the German international now becomes the former Barcelona and Bayern Munich coach’s fourth summer signing to take his spending up to around £76m, The Sun add that a deal for Gabriel Jesus is close to being finalised while Everton defender John Stones remains a target too.

After finishing fourth in the Premier League last season, City needed to freshen up their squad. Further, with Guardiola bringing new ideas, systems and a style of play to the club, he was always going to be active this summer in moulding the squad into his own.

His work so far has arguably been slightly underwhelming, but it appears as though he’s far from finished with just under a month to go until the deadline.