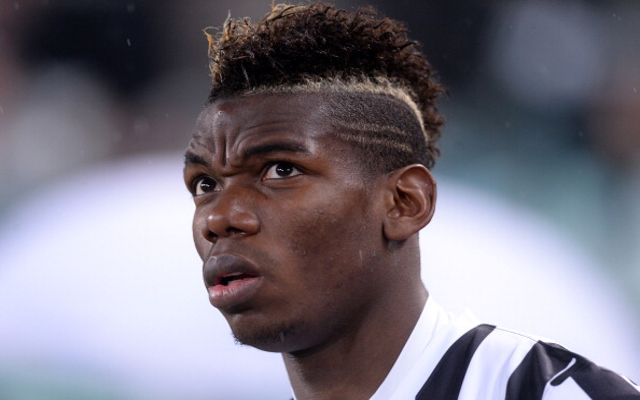 A Manchester United fan has captured the moment he bumped into Paul Pogba at JFK Airport in New York, and revealed his reaction when asked if he is heading to Old Trafford.

As noted by The Telegraph, there is a suggestion that the French international could be in New York to undergo a medical and put the final touches to his move to United.

However, such has been the nature of the transfer saga so far this summer, few will believe that the deal is completed until there is an official announcement from the club.

Nevertheless, Pogba continues to remain coy on the idea and merely smiled when asked about a move to United, as noted in the fan’s caption, and so it remains to be seen whether or not it’s merely a matter of time until he returns to the club that he left on a free transfer in 2012.

It will be a source of continued annoyance for Juventus supporters as they await news on whether or not the French midfielder will be part of their big plans for next season.

Meanwhile, the delayed move isn’t helping anyone from a United perspective either. Jose Mourinho will want the 23-year-old at his disposal to start training as soon as possible with the new Premier League season less than two weeks away, while Pogba will certainly be at a disadvantage in terms of getting up to full speed and will likely have to sit out the start of the campaign.

As a result, it’s arguably hoped by many that the situation is clarified sooner rather than later, with all eyes on Pogba as we await confirmation of his return to Manchester.

Just bumped into the £100 million man @paulpogba on the same flight as me into NYC. Of course I asked if the man utd rumours were true but he just gave me a small smile and walked away…. Fingers crossed I guess ? #pogbaisred #comehomepogba #paulpogba #pogba