Lazio midfielder Ogneyi Onazi has arrived in Turkey and is set to join Trabzonspor on a three-year deal a source close to the Turkish giants revealed.

Onazi has undergone his medical and is expected to be officially announced by Trabzonspor over the next few days. 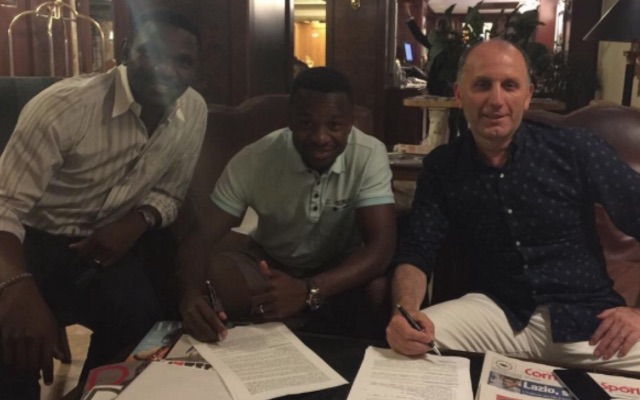 The agent of Onazi, Stephen Makinwa told Emre Sarigul a fortnight ago that Trabzonspor as well as Besiktas had expressed an interest in his client.

“Onazi has years of Serie A experience and is just 23 years old so interest from clubs is normal. What I can say is that Besiktas are one of the sides interested,” he added.

“There are many clubs interested in Onazi right now,” he added.

Per the source, Everton, Southampton, Swansea and Greek giants Panathinaikos were also all in the race to land the 23-year-old.

The Nigerian international midfielder made just 22 appearances for the Serie A giants last season in all competitions and had another two-years remaining on contract.

Trabzonspor are currently coached by former Turkish national team ahead coach Ersun Yanal and have had a busy summer restructuring the club.