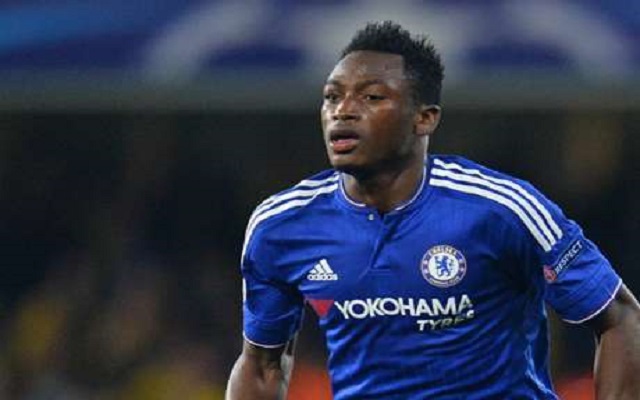 Chelsea defender Baba Rahman has revealed that he was allowed to leave the club and join Schalke on loan as Antonio Conte deemed his style of play as too attacking.

Rahman joined the Premier League outfit last year, but failed to impress in his first season in England with Chelsea struggling across the board as they finished in 10th place.

In turn, they have opted to bring in Conte to improve their fortunes this season, and the former Juventus and Italy boss is gradually stamping his mark on the squad.

Given his track record, the Chelsea hierarchy and supporters will in all likelihood trust his judgement for now, with Rahman giving an interesting insight into his plans.

“Chelsea manager Antonio Conte told me that he wants his team to be very defensive, but I am a rather offensive full back,” Rahman told German newspaper Ruhr Nachrichten, as noted by Sky Sports.

“So I would have had very little playing time. Conte advised me to leave on loan. We will see what happens after this season.”

Given that Chelsea now have just two senior full-backs in the squad, Conte will have to focus some of his attention on improving in those areas between now and the end of the transfer window.

Throughout his managerial career, he has always had defensive-minded yet energetic full-backs capable of getting up the pitch and stretching the play, and so it would come as no surprise if he has certain targets in mind having now let Rahman leave.

However, time isn’t particularly on his side as the Blues have two more pre-season friendlies to play before they get their Premier League campaign underway against West Ham United on August 15.

In turn, any new signing won’t have much time to settle in before being thrust into action, with Conte needing to make a positive start to life at Stamford Bridge to set the tone for the rest of the campaign.

Mixed news for Chelsea outcasts as one goes on loan but the other is stuck as a late deal collapses Oct 16 2020, 19:23
Chelsea FC