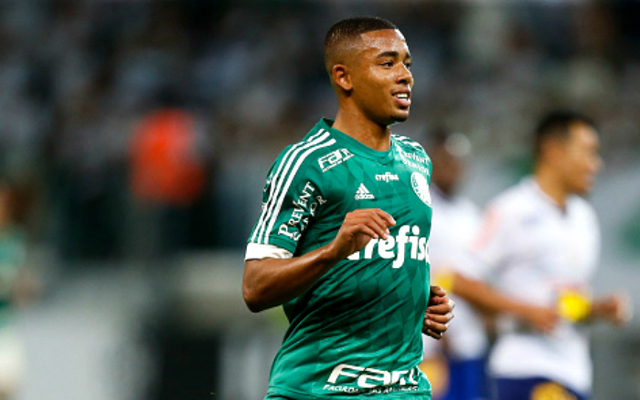 Manchester City are expected to wrap up a deal for Palmeiras forward Gabriel Jesus in the next 24 hours, and he isn’t the only new face set for the club this week.

As reported by Sky Sports in the tweet below, the 19-year-old appears set to join Pep Guardiola’s revolution at the Etihad.

The Premier League outfit are now merely waiting for the player to be allowed to travel to Manchester to complete the move, although his commitments at the Olympics which start this week will make it difficult.

Nevertheless, the move is still expected to go ahead with Gabriel joining City in December once he secures a work permit.

Further, it’s added by Sky Sports that the player has opted for City over a switch to Barcelona, despite Neymar trying his best to convince his compatriot to move to the Nou Camp instead.

Such is the pulling power of Guardiola, it’s suggested that the Spaniard had a major role in that decision, while of course the young Brazilian will also have been aware of the fact that he would perhaps have more immediate opportunities at City.

That isn’t the only piece of business expected from City this week either, with Sky adding that they believe the Premier League giants are close to signing Colombian striker Marlos Moreno too.

As noted in the same report, the player’s agent has told Colombian website Futbolred that they will fly out to England on Saturday to sign the contract, although he will then move to Deportivo La Coruna on a season-long loan deal.

Guardiola has been busy this summer having already brought in Leroy Sane, Ilkay Gundogan and Nolito. While he looks to reshape the City squad, there is an argument that they are becoming a bit top-heavy, although the acquisitions of Gabriel and Moreno are evidently with a long-term vision in place.