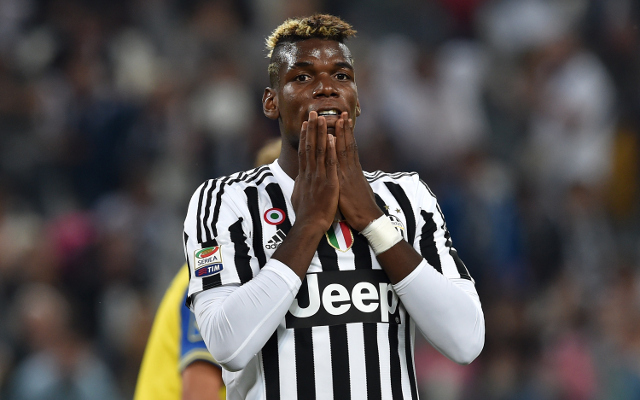 According to AS, Juventus midfielder Paul Pogba will complete his return to Manchester United on Wednesday after a prolonged transfer saga.

The 23-year-old was still in New York on Tuesday as he continues to enjoy his extended holiday after featuring heavily at Euro 2016.

However, with the new domestic season edging ever closer, he’ll be expected to return to pre-season duty sooner rather than later but it still remains to be seen whether that’s in Turin or Manchester.

As noted by AS, the French international will reportedly complete his world record transfer to United on Wednesday, when he will join his agent Mino Raiola in Manchester to sign a five-year deal with the Premier League giants.

The report goes on to add that the Red Devils will splash out €110m on his transfer fee, while Pogba will earn €20m per year as his agent looks ahead to pocketing almost €24m in commission.

Conflicting reports from Sky Sports claim that the Frenchman’s move back to United will be completed by Monday at the latest so the club’s supporters may still have a wait on their hands to see their latest marquee summer signing arrive.

United get their Premier League season underway on August 14 against Bournemouth, while their first match of the new campaign pits them against Leicester City in the Community Shield this Sunday.

Pogba will undoubtedly miss the encounter with the Foxes, and given how late he could now secure a return to the club he left on a free transfer in 2012, he’ll be in doubt to make his debut against Eddie Howe’s men too as he will have to prove his fitness to Jose Mourinho first.

The Juve midfielder also created a stir on Tuesday as video emerged of him telling Bianconeri supporters that he would be staying with the Serie A champions and would target the Champions League next season.

Given the intense nature of the speculation surrounding his move to Manchester, it’s highly unlikely that there is no truth in it and so it remains to be seen which sources have the more accurate information about when his move to United will happen.