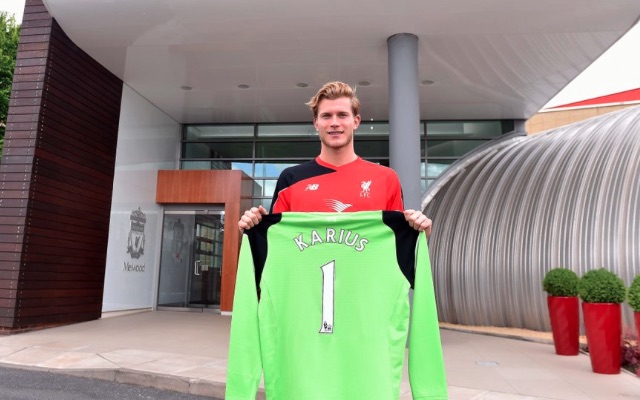 Liverpool goalkeeper Loris Karius has taken to Twitter to thank the club’s supporters for their well-wishes after sustaining a broken hand in pre-season.

The 23-year-old underwent a successful operation to repair his right hand this week, after suffering the break in a collision with Dejan Lovren in the 1-0 defeat to Chelsea last Wednesday.

Having been in contention to start the new Premier League season as Jurgen Klopp’s number one between the posts, it would have been a crushing blow for the new signing who will now be sidelined for between eight and 10 weeks.

I’m back at home after a succesful surgery! Thank you guys for all your get-well wishes! ???? #LK1 @LFC pic.twitter.com/QQ7Luw8AyD

His absence will now see Simon Mignolet start the season as first choice, with veteran shot-stopper Alex Manninger acting as back-up after he also arrived on Merseyside this summer.

Nevertheless, it will be a major disappointment for Karius as he turned down a spot in the German Olympic squad this summer in order to focus on making his case to make Liverpool’s starting line-up, but he’ll now face a battle to shake off the effects of the injury.

Further, despite all the criticism and scrutiny that Mignolet has come under over the last two years or so, he’ll now have the perfect opportunity to prove himself to Klopp with Karius limited to watching on from the sidelines.

The Reds get their Premier League campaign underway at Arsenal on August 14, and Klopp will be hoping that he doesn’t suffer any further setbacks in the remainder of their pre-season schedule.

Karius made 36 appearances in all competitions for Mainz last season, keeping 10 clean sheets and seemingly doing enough to convince Klopp to take him to England and contend for the goalkeeping jersey.