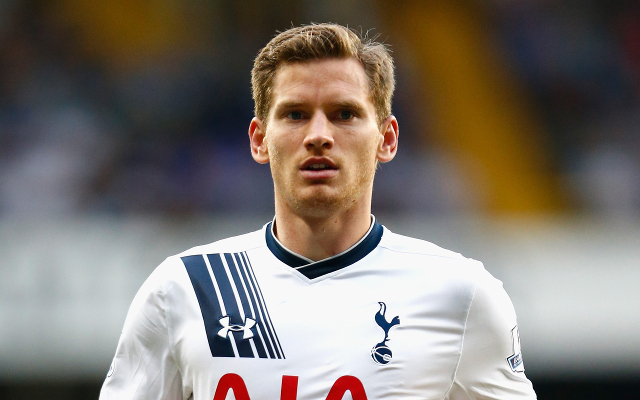 Tottenham Hotspur boss Mauricio Pochettino has received a timely boost with Jan Vertonghen returning to training with the squad this week.

The Belgian international picked up an ankle injury at Euro 2016, which many feared would rule him out for two months and in turn he would the miss the start of the new Premier League campaign, as reported by BBC Sport.

While his presence in the starting line-up for the opening game of the season is still in doubt given that he hasn’t featured in any games as of yet, the fact that he’s back in training will certainly be a huge boost for Spurs who confirmed the news on Twitter.

?? @JanVertonghen is making good progress. He joined the group for part of the session & has his own programme. ?? pic.twitter.com/wxrMk8PEAd

The 29-year-old made 33 appearances in all competitions last season, forming a crucial part of Pochettino side’s success even though they eventually finished third in the Premier League.

Alongside fellow Belgian international Toby Alderweireld, the pair will hope to continue to form an important part of the team and build on their progress last year in order to compete for major honours this time round.

Spurs add in the tweet that Vertonghen is ‘making good progress’ but remains on his own programme as he looks to overcome the injury that many expected would keep him out of action for at least eight weeks.

Further, Spurs take on Inter in a pre-season friendly on Friday, and so it has yet to be determined whether it will come too soon for the defender.

Kevin Wimmer will likely remain on stand-by to partner Alderweireld for the club’s opening game against Everton on August 13, but they will remain hopeful that their commanding defensive ace returns not long after with a strong start imperative for Pochettino’s men after the disappointing end to last year.

Having ultimately failed in their bid to stay in the Premier League title race, Spurs will hope to learn their lessons from it, but will need all their key individuals fit and ready to play their part.