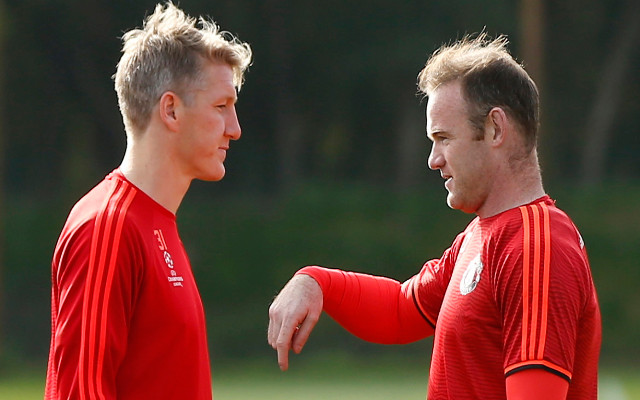 Manchester United midfielder Bastian Schweinsteiger could be set for a return to his former club German giants Bayern Munich according to the Manchester Evening News.

Schweinsteiger has been relegated to training with the reserve side and has now been included in any pre-season friendly games which suggests that head coach Jose Mourinho does not have plans for the Germany international next season.

Bayern Munich CEO Karl-Heinz Rummenigge does however, appear to have given the 32-year-old a lifeline.

“Should he [Schweinsteiger] speak in the future at some point about a desire to return, then we will discuss it with him,” Rummenigge was quoted as saying [via Bild].

The World Cup winner’s former teamamte Lahm stated that it would be great to have him back.

“It’s important to bind players who deserve it to the club,” Lahm said. “Basti knows everyone and everything here, he would be predestined to work in the team.”

The experinced midfielder has been instructed to look for a new club by United boss Jose Mourinho according to the Daily Mail.

The Mail goes onto say that the Italian giants AC Milan and Inter are also interested in the Germany international.

Schweinsteiger struggled been plagued with injuries lately and his form dipped under the command of former manager Louis van Gaal. The 32-year-old has another two-years remaining on his contract with United.