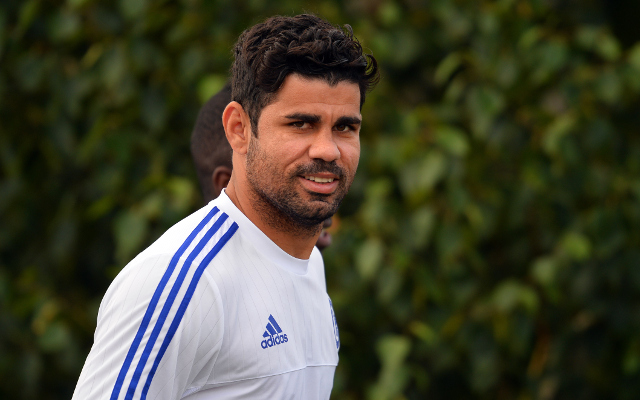 Atletico Madrid president Enrique Cerezo has insisted that Chelsea striker Diego Costa is not on their radar and that their transfer business is done.

The La Liga giants completed the signing of forward Kevin Gameiro from Sevilla last week, and in turn will feel confident about their options up front.

Coupled with the addition of Nicolas Gaitan, Cerezo is unsurprisingly confident about their ability to compete for silverware both at home and abroad, and so their pursuit of Costa is seemingly over after months of speculation suggesting a return to the Spanish capital was possible.

“Costa [talks] do not have a long tail or anything of the sort,” Cerezo told Marca. “Diego has a contract with Chelsea and he belongs to Antonio Conte’s team.

“Chelsea are our friends, just as the great Atletico man Diego Costa is our friend. But his place is with Chelsea and we are sure that he will be successful there. We cherish Diego for what he has given us and he knows where his home is.”

It will be a boost for Chelsea boss Antonio Conte who told reporters on Wednesday that the Spanish striker was happy to stay at Stamford Bridge and so evidently has a role to play for the Italian tactician this season.

The Blues suffered across the board last year as they finished in 10th place in the Premier League, and there was a concern that perhaps significant changes could be made to the squad under the new manager.

Despite adding Michy Batshuayi to the group, it appears as though Conte wants Costa at his disposal this season, and with Atleti now seemingly out of the running to sign their former star, the former Juventus and Italy boss has got his wish and will look to get the best out of the striker after a disappointing campaign last time out.