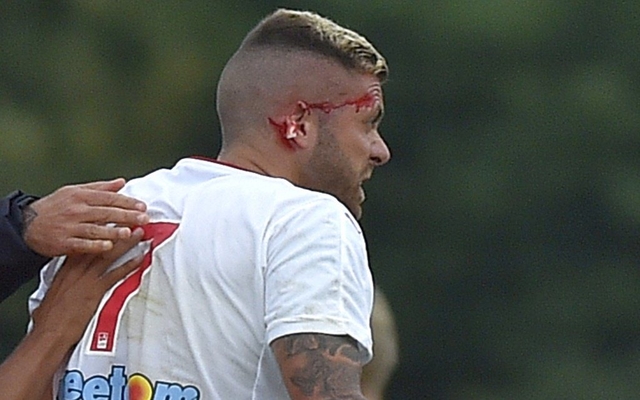 Jeremy Menez completed his move to Bordeaux earlier this week, but his return to France didn’t quite get off to the start he imagined.

The former AC Milan and PSG star looks as though he’s lost part of his ear in an incident in the second half of the pre-season encounter with Lorient on Wednesday and was forced off the pitch.

Bordeaux have since released a statement noting that they are taking medical advice as to whether Menez will require surgery on his badly cut ear, but based on the image circulating after the game, it looks like something will have to be done.

It’s a nightmare start for the Frenchman at his new club, as after seemingly getting the chance to kick-start his career again after an injury plagued 12 months at Milan, it looks like he’ll be back on the sidelines for a while as he looks to get his ear repaired. Gruesome.