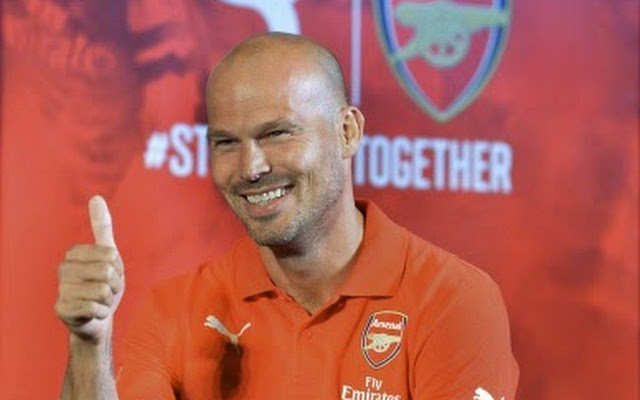 Arsenal are reportedly lining up former midfielder Freddie Ljungberg for the Under-18 coaching position which was vacated by Thierry Henry.

The former Gunners star returned to the club in January to help the U15s staff, and has seemingly impressed Arsene Wenger with his contributions thus far.

In turn, as reported by The Times, he is set to be offered the job to assist Kwame Ampadu as coach for the U18s after Henry opted to pursue his coaching career elsewhere earlier this summer.

The Frenchman was told by Wenger that he would have to give up his Sky Sports punditry role in order to fully focus on the job at the Emirates.

However, Henry wanted to remain involved with Sky and has now left the Emirates to continue his work elsewhere while simultaneously continuing with his TV role.

In turn, that has left the door open for Ljungberg to step in, with The Times adding that Tony Adams was initially being considered for the job, but he opted to take up a position at an academy at a Chinese club instead.

It’s a notable move from Wenger who has received criticism in the past for not offering enough of his former players a place at the club after their playing careers come to an end.

Patrick Vieira was given his first coaching job by Premier League rivals Manchester City, while Mikel Arteta has followed a similar path and will join Pep Guardiola at the Etihad next season.

While it would certainly have been disappointing for Gunners supporters to see Henry and Adams move on elsewhere, they will now hope that Ljungberg can prove his class as a coach and continue to develop his managerial skills with the potential of one day possibly taking the top job at the club.