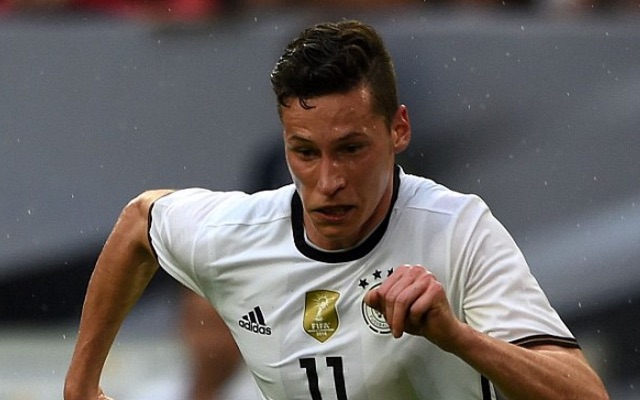 Before we explore the latest twist in the Julian Draxler transfer saga, let’s just remind ourselves what a fine attacking midfielder he is.

According to Sky Sports reporter Kaveh Solhekol, who cites a source in Germany, Juventus and Arsenal are keen to sign Draxler from Wolfsburg, with the player keen to move to the Emirates Stadium. 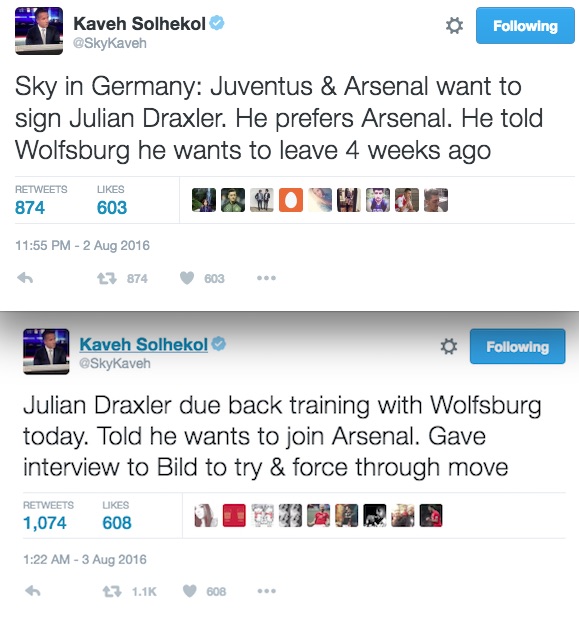 The interview mentioned by Solhekol seems to have caused a lot of agro, with Bild now claiming that Wolfsburg could be about to fine Draxler €100,000 for trying to force his way out of the club he joined just two years ago.

Should Draxler leave Wolfsburg he is unlikely to be cheap.

In fact, the Daily Star report that Wolfsburg want more than £50m for Draxler – a fee that would make him Arsenal’s most expensive signing ever.