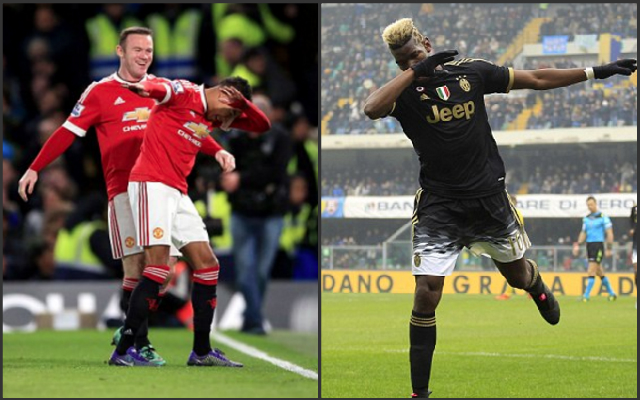 Jesse Lingard and Paul Pogba have plenty in common.

They are both 23-year-old attack-minded midfielders who earned their stripes in Manchester United’s youth team. But also, Lingard and Pogba both love to celebrate their goals by dabbing.

However, Lingard has just scored United’s first goal of the season. And he did not dab!

Lingard fired United ahead in the Community Shield with a stunning solo goal against Leicester City.

Instead of celebrating with a trademark dab, Lingard opted to do some other form of bodypopping dance.

Perhaps Lingard has decided to hold off on the dabs until Pogba re-signs for United?

United confirmed earlier in the day that Pogba was set for a medical with the Red Devils.

SEE MORE:
Man United confirm Pogba agreement with official statement and hashtag
204-cap pair Man United subject of £4.24m double bid in what would be the deal of the summer
Man United pay midfielder £190k-a-week but won’t let him play, even with the kids