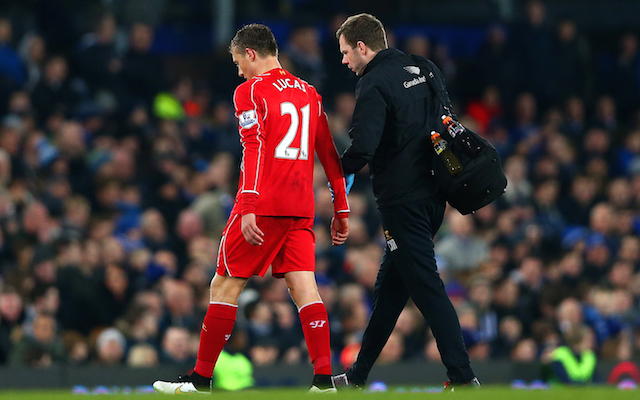 The Turkish Super League side Galatasaray are awaiting a response from Liverpool boss Jurgen Klopp regarding the transfer of Lucas Leiva.

According to the Liverpool Echo, Klopp has put Lucas’ transfer on hold because of the injury situation among his defensive players. Galatasaray sporting director Levent Nazifoglu revealed that they will wait until the end of Monday for Klopp’s decision.

“We have agreed terms with Liverpool on all fronts, there is some concern regarding Lucas’ injury but all that remains now is for Klopp to make his decision,” Nazifoglu was quoted as saying by Galatasaray’s official Twitter page.

“If it goes ahead it will happen on Monday otherwise we will have to look elsewhere.”

NTV Spor also state that Galatasaray are prepared to offer €3 million for Lucas. Despite the latest reports from Liverpool, the Istanbul giants remain confident that they will be able to sign the experienced midfielder.

Liverpool are in the midst of a defensive crisis with Mamadou Sakho, Joe Gomez and Joel Matip all out injured and Klopp wants assurance of a replacement if Lucas is to leave.