Napoli have been closely linked with a move for Fenerbahce defender Simon Kjaer according to Turkish newspaper Yeni Safak.

The report claims that the Serie A outfit are preparing for defenders Albiol and Koulibaly leaving the club over the summer.

A source close to the player told Emre Sarigul that Kjaer is dedicated to his future at Fenerbahce and will remain at the club over the summer despite interest from clubs across Europe including Chelsea who have been keeping tabs.

The Premier League outfit were also linked with Kjaer at the start of the transfer window but Fenerbahce made it clear their star man is not for sale this season.

The Istanbul giants value Kjaer as being worth €15 million and he does have another three-years remaining on his current contract.

The 27-year-old centre back joined the Yellow Canaries on a €7.65 million move from Ligue 1 outfit Lille last summer. 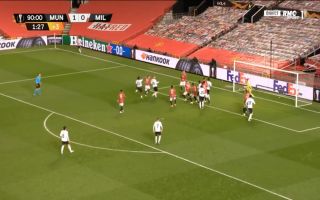 Chelsea consider making a £16M move for Fenerbahce centre-back who has made 59 appearances for his country January 10, 2017 17:59
Chelsea FC