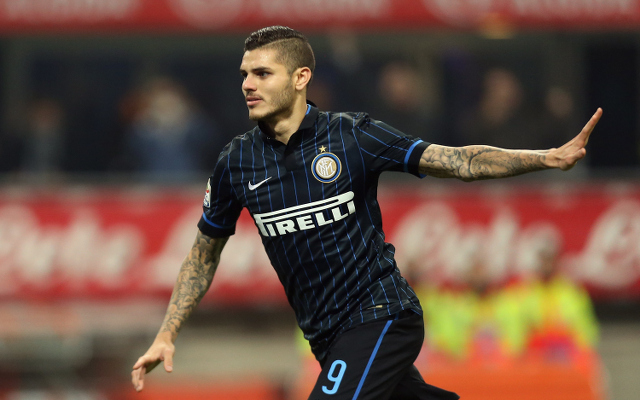 Chelsea are preparing a move for Arsenal target Mauro Icardi according to the Express.

The report states that the Blues are ready to rival Arsenal for the Argentina international after failing to land Romelu Lukaku from Everton. Per the source, Chelsea are determined to further strengthen their attacking options before the transfer window closes at the end of the month.

The Express goes onto state that while Lukaku remains Chelsea’s primary target, Everton are refusing to budge on their £75 million price tag for the Belgium international.

Chelsea have already had a £65 million offer rejected by the Toffees who are keen to keep hold of their star assets going into the new season. However, the Express states that Chelsea are not backing down and are increasing their offer for Lukaku.

The 23-year-old joined Everton in a £28 million move (fee reported by BBC Sport) from Chelsea in 2014 and scored 25 times in 46 appearances last season.