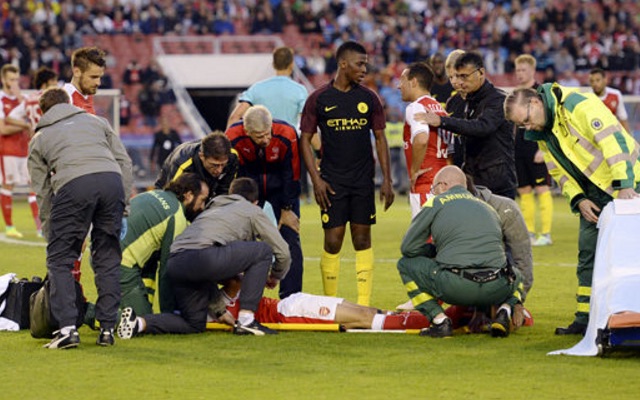 After suffering a fresh blow in the form of a Gabriel Paulista injury, Arsenal are reportedly set to step up their pursuit of Valencia centre-back Shkodran Mustafi.

And that is not just your average transfer rumour. This is according to BBC Sport’s David Ornstein, aka the Arsenal Oracle!

Arsenal CB Gabriel out 6/8wks – ankle sprain. Not quite as bad as he 1st feared but #AFC stepping up pursuit of Valencia’s Shkodran Mustafi

Gabriel being out for at least six weeks with his ankle sprain means the 25-year-old will certainly miss Arsenal’s opening five Premier League matches – against Liverpool, Leicester, Watford, Southampton and Hull – as well as their first game in the Champions League group stage.

Should Gabriel be sidelined for eight weeks he would also be unavailable for the third round of the League Cup, Arsenal’s second game in Europe and the league encounters with Chelsea and Burnley.

Arsenal’s need for defensive reinforcements is made more pressing by the fact that Per Mertesacker is also currently out with a knee issue.

Mustafi would be an excellent addition to Arsenal’s depleted defensive ranks.

The 24-year-old started 30 La Liga games for Valencia last season, earning a call-up to Euro 2016, where he played twice for Germany, scoring once.