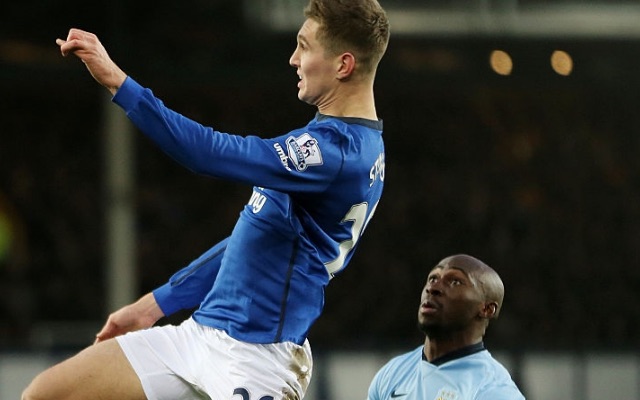 John Stones today took second place on the list of the most expensive defenders ever when he completed his £47.5m move from Everton to Manchester City.

That transfer fee was reported by BBC Sport, who also claimed that the top five are as seen in the tweet below.

Remarkably, all five of the most expensive defenders ever were bought by either Man City or Paris Saint-Germain – two of modern football’s biggest projects.

Stones, 22, is sandwiched between two Brazilian centre-backs, with David Luiz topping the bill at £50m following his 2014 move from Chelsea to PSG, while Thiago Silva – who joined the Paris giants from AC Milan for £36m in 2012 – is third.

Two current City stars who divide opinion are then tied in joint-fourth.

Nicolas Otamendi, who arrived from Valencia for £32m 12 months ago, has yet to win over all City supporters, but he is certainly more popular than 2014 signing Eliaquim Mangala, who has done little to justify his big fee since joining from Porto.