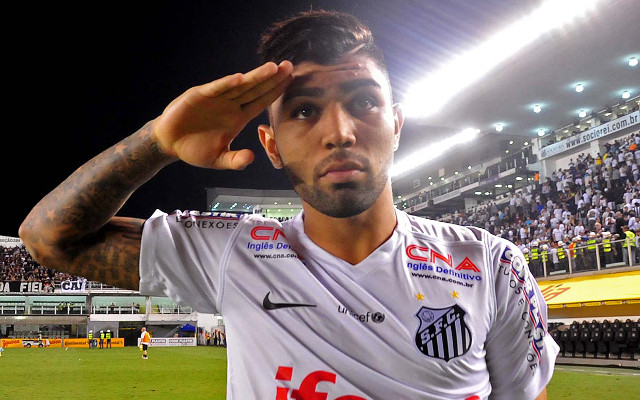 Leicester City have reportedly made a £23m bid for Santos and Brazil forward Gabriel Barbosa as they fight some stiff competition for his signature.

The Premier League champions will be looking to prove that last season wasn’t a one-off and that they are capable of at least competing in terms of defending their crown, while they also have the Champions League to consider.

In turn, they have already signed the likes of Ahmed Musa and Bartosz Kapustka this summer, and are looking to further bolster their attacking options with a move for Barbosa, according to The Guardian.

‘Gabigol’ is currently competing at the Olympic Games in Rio, and so a decision over his club future is unlikely to be made until after the tournament has finished.

Nevertheless, that hasn’t stopped Leicester from making their move, with both Juventus and Inter also said to be interested in the 19-year-old.

The two Serie A giants have also made bids, as noted in the report, but have gone in a little lower at €25m, and so it remains to be seen whether or not that will give the Foxes a small edge in their pursuit of the talented striker or merely spurs their rivals into upping their respective bids.

Barbosa is contracted to Santos until 2019, but given the level of interest in him, it isn’t likely to be too long before he secures a move to Europe and begins the next chapter of his career.

Should he opt for a move to the King Power Stadium, it will leave Claudio Ranieri with an abundance of attacking talent as the club have also held on to the likes of Jamie Vardy and Shinji Okazaki this summer to ensure that they’ll have plenty of depth and quality to rotate the team this coming season.