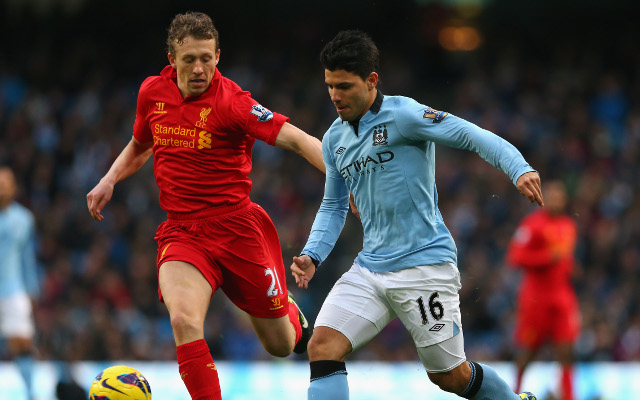 Serie A outfit Sampdoria have become the latest side to join the race for Liverpool midfielder Lucas Leiva according to Italian sports journalist Gianluca di Marzio.

The report claims that Sampdoria have contacted his agent and discussed his availability.

Galatasaray do however, remain favourites to sign Lucas over the transfer window after their sporting director Levent Nazifoglu confirmed talks have taken place.

Nazifoglu stated that the club has given Lucas another day to make his decision on whether he will join Galatasaray next season.

Nazifoglu was quoted by Turkish-football.com as saying: “We spoke with Lucas Leiva last night and he asked us for another day before making his decision,

“The situation will be clearer by tonight.”

Lucas was transferred to Liverpool from Gremio nine-years ago and is currently the most experienced player in the Reds squad.

The Brazilian midfielder is currently the most experienced member of the Liverpool squad having joined nine years ago. The 29-year-old would become the second Liverpool player to join the Super Lig this summer joining Martin Skrtel.

Lucas would however, be playing for Fenerbahce’s bitter rivals if he were to make the move. Galatasaray had a disappointing league campaign last season but won the Turkish Cup beating Fenerbahce in the final.