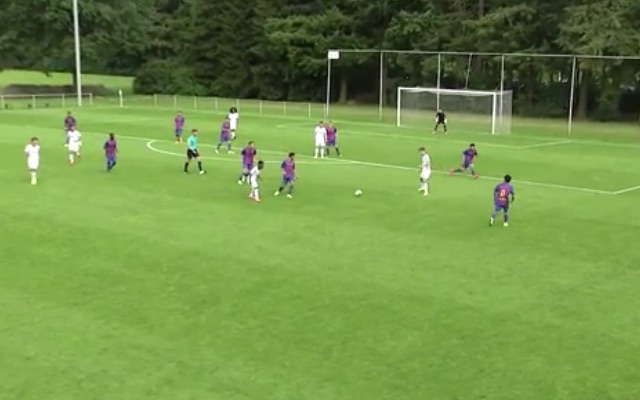 Manchester United wonderkid Callum Gribbin did his best to impersonate the two best players in the world within the space of 30 seconds at the weekend.

The 17-year-old scored a dazzling solo goal in the style of Lionel Messi to help United’s youngsters to a 2-1 win over Barcelona in the semi-finals of the Otten Cup in Eindhoven.

Disappointingly for United, Gribbin could not replicate his heroics in the final, which the Red Devils lost on a penalties after being held to a 0-0 draw by eventual champions Anderlecht.

Salford-born Gribbin has yet to play for United’s first team, but he continues to catch the eye in the club’s academy.

His fine displays for United’s junior sides have already seen him earn caps for England at U16 and U17 level.