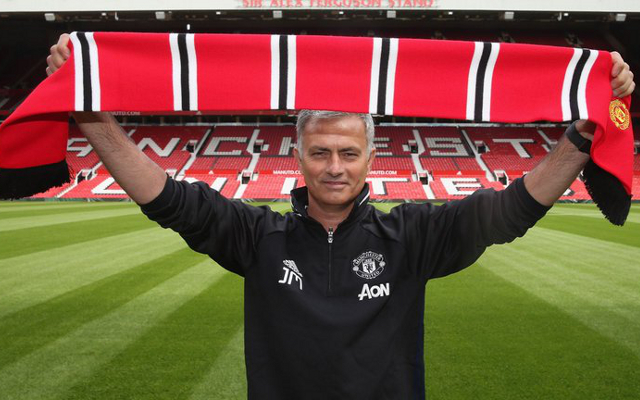 Manchester United get their 2016/17 Premier League campaign underway on Sunday afternoon as they make the trip to Bournemouth for Jose Mourinho’s first competitive game in charge.

The Portuguese tactician won’t be able to call upon £89m summer signing Paul Pogba who will be severely lacking match fitness after being given an extended break following Euro 2016.

Further, question marks may well hang over some other individuals too for the opening game of the season, but ultimately, the picture of what Mourinho’s preferred starting line-up over the course of the year is becoming pretty clear.

David De Gea will continue to establish himself as the top shot-stopper in the Premier League, and he’ll have a defensive pair ahead of him boasting strength, pace and great anticipation in Chris Smalling and summer signing Eric Bailly.

It will be interesting to see how the Ivorian adapts to English football in his first year in the Premier League, but Mourinho has high hopes for him and he will have Luke Shaw and Antonio Valencia potentially manning the left and right flanks respectively.

In midfield, Morgan Schneiderlin could have an important role to play, albeit one that will see him go under the radar if he plays well. Pogba will provide the drive and creativity alongside him, with Wayne Rooney restored to a position in the final third.

The England captain flirted with the idea of dropping back into a midfield role last season but Mourinho has insisted that won’t be the case under his management, with Anthony Martial and new boy Henrikh Mkhitaryan adding pace, creativity and goals from the wide positions.

There is no second-guessing on the man that will lead the line for United, as Zlatan Ibrahimovic will hope to build on his match-winning effort in the Community Shield against Leicester City last weekend.

The 34-year-old still has his detractors, but he’ll be confident of silencing them quickly with his performances on the pitch as he will need to be an influential part of United’s success this year.

With Martial, Rooney and Mkhitaryan making runs around him and stretching the play, coupled with Marcus Rashford on the bench who will be important again this year, the Swede has all the tricks in the book and the vision to pull the strings for United and become a figurehead in their success.