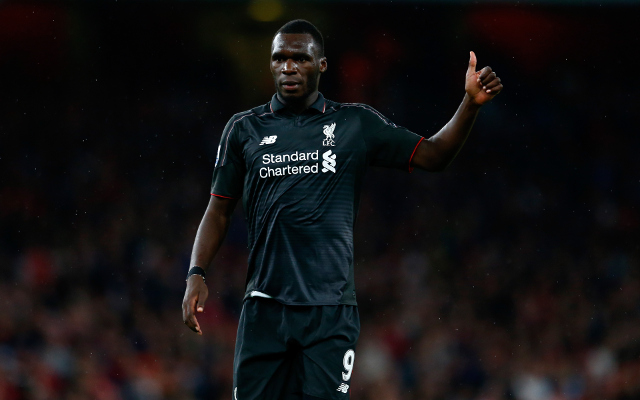 West Bromwich Albion have reportedly emerged as another option for Liverpool striker Christian Benteke this summer.

The 25-year-old’s future at Anfield has been in doubt for months, as after failing to live up to his £32.5m price-tag last season, Jurgen Klopp has suggested that he could move on ahead of the new campaign.

According to Sky Sports, West Brom have now entered the race to sign Benteke, although it’s unknown at this stage as to what their bid is after seeing Crystal Palace’s £25m offer rejected last month.

Benteke arrived on Merseyside from Aston Villa last summer after two prolific seasons at Villa Park, but he was unable to replicate that form for his new club.

Coupled with Klopp’s arrival and the signings of other forwards in the time since, the Belgian international has fallen further down the pecking order and seemingly doesn’t have a place in the Liverpool squad moving forward.

Having managed just 10 goals in 42 appearances last season, nine of which came in the Premier League, it became clear that the former Genk star wasn’t a great fit for the Reds and their style of play, and in turn the club will now look to recoup as much of their initial outlay as possible.

Baggies boss Tony Pulis hasn’t been particularly busy in the summer transfer market thus far, with winger Matt Phillips the only new face at the Hawthorns for the time being.

However, he would make a significant impression if he was able to sign Benteke, but it remains to be seen whether or not a fee can be agreed as it’s unlikely that Liverpool will be willing to negotiate from £32.5m downwards.

Further, it’s unclear at this stage as to whether Benteke would be interested in a move to West Brom, as although they’ll want to build on their 14th-place finish last season and he will be given significant playing time, it would be a step down in terms of ambition in the short-term.