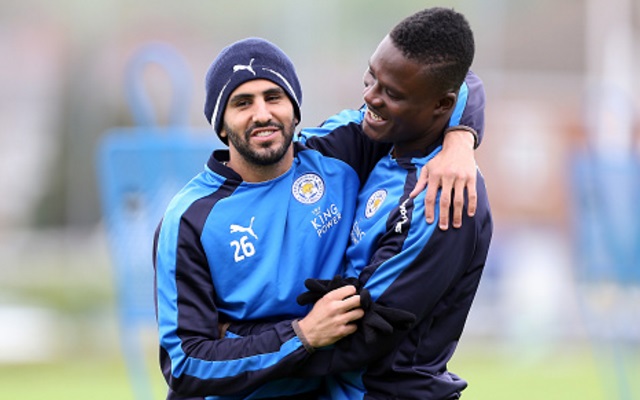 Arsenal could miss out on signing Riyad Mahrez after Leicester City boss Claudio Ranieri underlined that his star man will not be leaving over the transfer window.

The Gunners reportedly made a £35 million move for the Algerian international according to the Sun but could end up missing out on signing the PFA Player of the Year in the same way they failed to land fellow Foxes star Jamie Vardy.

Ranieri revealed that Mahrez wants to stay and joked that he would kill his star man if he did tell him he wanted out.

The Leicester manager accepted that transfer speculation is to be expected but stated that the attacking midfielder will not be joining the Gunners this summer.

“Never has Riyad come to me and said ‘coach, I want to go’ because I’ll kill him before he tells me this,” Ranieri was quoted as saying by the Telegraph.

“It’s not a problem. When there is all this attention around your name it’s because you are doing well.

“The speculation is normal, he is a big player and he needs to feel there are other teams and managers who want him. “I don’t know, who is interested? Tell me if there is one. Arsenal? No. “Riyad will stay with us.”

The Foxes did manage to convince star striker Vardy to reject Arsenal’s transfer efforts earlier in the summer.

Mahrez had an impressive season scoring 17 times and setting up 11 assists for the Foxes who won their first Premier League trophy in their 132-year history.