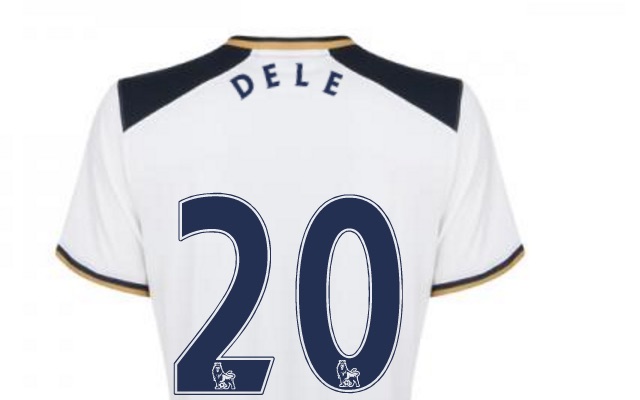 Tottenham Hotspur have confirmed their squad numbers ahead of the 2016-17 Premier League season.

Summer signings Vincent Janssen and Victor Wanyama will wear no.9 and no.12 respectively.

However, that is not the headlines news. Because, although there is no new Dele Alli shirt number, Tottenham’s 20-year-old midfield star has changed his name!

Instead of wearing ‘Alli 20’ on his back, the former MK Dons player will have ‘Dele 20’ printed on his Spurs jerseys.

Explaining the move, Dele told TottenhamHotspur.com: “I wanted a name on my shirt that represented who I am and I feel I have no connection with the Alli surname. This is not a decision I have taken without a lot of thought and discussion with family close to me.”

Dele was given away by his birth mother, Denise Alli, when he was 13.

He was then raised by Alan and Sally Hickford, parents of fellow footballer Harry Hickford, who was also in the MK Dons youth ranks.

Dele is expected to wear his new name/number combo at Everton on Saturday.

He scored in the same fixture last season, cancelling out an Aaron Lennon opener with a fine volley in a 1-1 draw back in January.

That strike against the Toffees was one of 10 Premier League goals scored by Dele last term.