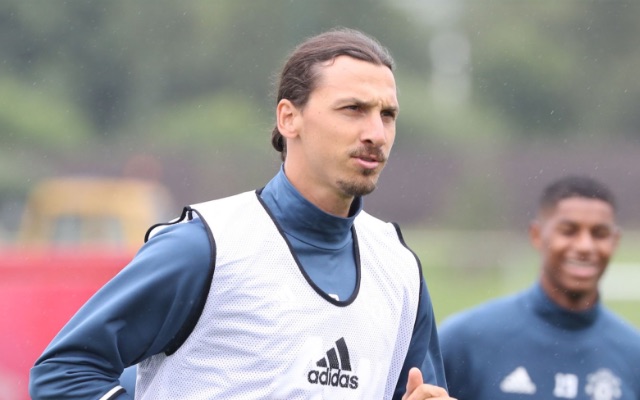 Manchester United forward Zlatan Ibrahimovic has held an exclusive interview with Sky Sports and covered various topics ahead of his Premier League debut.

The Swede left Paris Saint-Germain earlier this summer after his contract with the Ligue 1 giants expired, and opted to reunite with former boss Jose Mourinho in Manchester.

At 34, the former AC Milan and Barcelona star will still believe that he has plenty left to offer the Red Devils after scoring 50 goals in all competitions last year, and he will form a crucial part of the club’s bid to get back to the top of the football tree in Europe in the next two years.

Nevertheless, despite winning league titles in various countries and breaking records and winning countless individual accolades, one thing that has followed Ibrahimovic around is a suggestion that he is arrogant.

Whether that’s through his play on the pitch or his demeanour off it, he has never been able to shake it and it’s something that has arguably held him back from receiving more praise.

The United ace has addressed that, as seen in the video from Sky Sports below, as he looks ahead to making his first United start in the Premier League against Bournemouth this weekend, by insisting that he’s ‘a lion’ on the pitch, but a real family man away from it.

Further, he argues that ultimately it comes down to being confident in himself and his abilities rather than being arrogant, and that is a wrong perception that others have built about him.

Whether your opinion on his attitude is one of confidence or arrogance, there is no denying Ibrahimovic’s talent and his track record of winning wherever he goes.

This will perhaps be the biggest test of his career to date, but it seems as though it’s one that he’s relishing as he will be in the spotlight this year with United relying on him to spark them back into life.