That is according to the Daily Mail – via Tuttosport in Italy – with the English newspaper claiming that Chelsea could sell 29-year-old Fabregas for £45m, which is £15m more than what they signed him for when he arrived from Barcelona two summers ago. 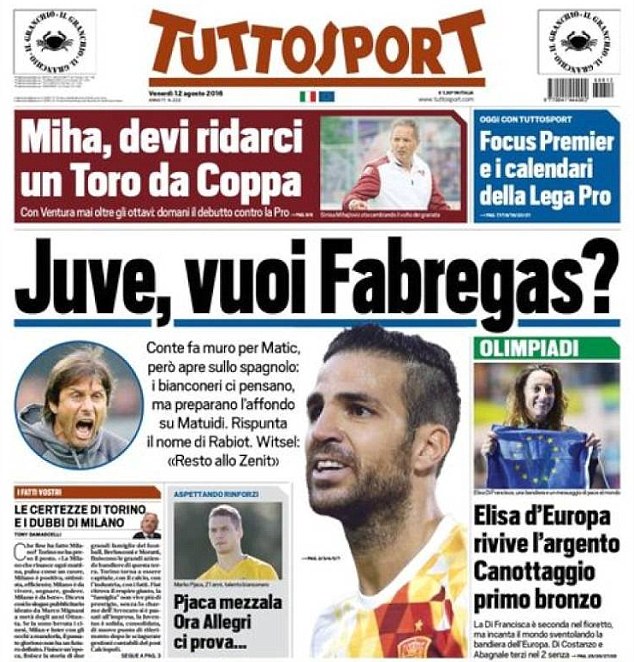 Chelsea would seemingly be getting a good price were they to sell Fabregas for a 50% profit.

After all, his form dropped drastically last season.

In the 2014-15 campaign, Fabregas provided 18 Premier League assists in 34 games, but he only managed seven in 37 top-flight outings last term.

Fabregas would likely do well in Serie A, but he should perhaps not be regarded as a direct replacement for Pogba.

Former Arsenal captain Fabregas is much less mobile than Pogba, although he is arguably a better passer than the Man United new boy.