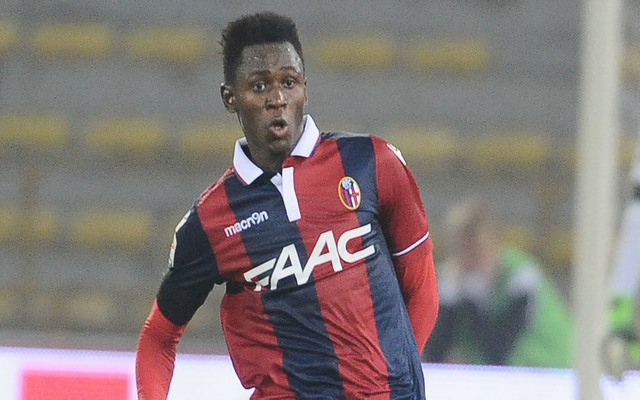 While it’s clear that Amadou Diawara will be leaving Bologna this summer, Aston Villa now face further competition after Juventus re-entered the race for the midfielder.

As reported by the Daily Star, Villa had a €17m bid accepted for the youngster, but saw him turn down the opportunity to move to England.

Having failed to report for pre-season action with the Rossoblu, it’s clear that he wants to move on before the deadline later this month, and he may well get his wish as calciomercato report that Juventus are now back in the mix.

The 19-year-old was one of the star performers in Serie A last season despite his inexperience, and in turn it has unsurprisingly led to interest from around Italy and Europe with Roberto Donadoni facing the likely scenario of losing him before the new season starts.

While Roberto Di Matteo is keen to bolster his midfield further as he plots a way of securing immediate promotion back to the Premier League for Villa, it appears as though they may well now miss out if Juve step forward and offer Diawara the kind of move that he’s craving.

The Bianconeri are looking for a midfielder after selling Paul Pogba to Manchester United, and they still have injury concerns over both Claudio Marchisio and Sami Khedira too.

Diawara seems to fit the bill in terms of what they are seeking, and if personal terms can be agreed, he will then be expected to snub interest from Villa, Napoli and Roma in favour of securing a switch to join the reigning Italian champions.