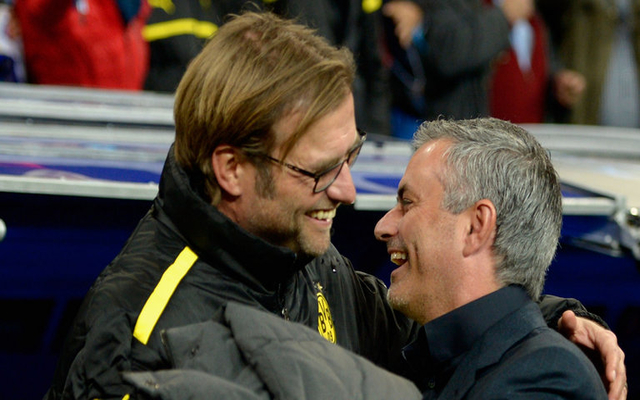 Liverpool boss Jurgen Klopp has refused to draw out his war of words over transfers with Manchester United manager Jose Mourinho any further.

The pair have clashed through the media over the amount of money being spent on players this summer, particularly following United’s acquisition of Paul Pogba in an £89m deal, as reported by ESPN FC.

While Klopp questioned the sense behind spending so much on one player, Mourinho labelled it ‘unethical’ for others to comment on other club’s transfer work while also aiming a dig at his rivals in general by suggesting that no other club can spend what United can.

However, that is apparently where the squabble will end, albeit with another subtle swipe or two along the way, as Klopp as refused to add his thoughts to the latest exchange, as he now focuses on his own team and their Premier League campaign.

“I’m absolutely not interested in what other clubs are doing, there’s completely no point,” he told the media, as noted by ESPN FC. “I’m focused on here. I cannot criticise what they are doing, I don’t want to criticise the market.

“If they spent money for players then they are convinced, I’m sure, about quality, they have the money hopefully, then do it.

“[Does] the big price on a player’s back make you more confident? I don’t believe in it. This player can be injured and then maybe you’ve got a bigger hole. I’m not interested.

“In the transfer window and especially in the summer before the Premier League starts, all everybody talks about is transfers.

“I understand this, it’s nice. I read it, I think ‘Wow.’ If it’s about us I know it’s bull**** and if it’s not I think ‘that could be possible, that’s really interesting.’ It’s all about expectation.”

Klopp has been a busy man this summer, bringing in the likes of Joel Matip, Ragnar Klavan, Sadio Mane and Georginio Wijnaldum to significantly bolster his squad.

However, to his credit, he has also moved to balance the books with several outgoings from Anfield too, and he’ll be relatively content with his work in the market as he stamps his identity on the squad.

Whether it’s enough to take the club back into the top four and compete for the Premier League title remains to be seen, and it’s a similar case to determine whether or not the big money spent by United on Pogba will result in them becoming a force to be reckoned with again.