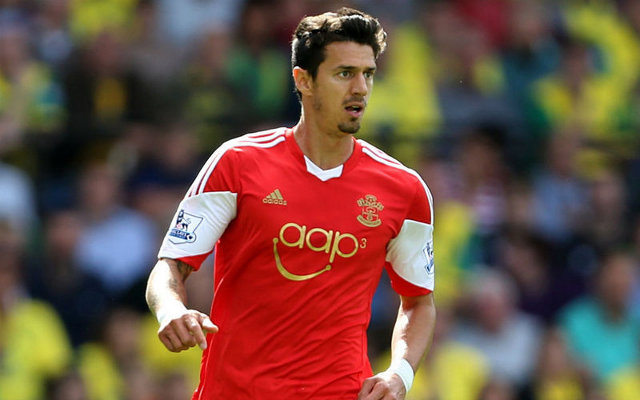 Manchester United have reportedly held informal talks with Southampton over a deal for central defender Jose Fonte with a bid expected this week.

It’s been reported in recent days that Jose Mourinho is still keen on signing another defender ahead of the summer transfer window deadline, with an emphasis on bringing in an experienced leader.

Having splashed out significantly already this summer on the likes of Paul Pogba, Eric Bailly and Henrikh Mkhitaryan, the purse strings are likely to be a little tighter than they were and in turn he has been forced to consider more realistic and value-for-money options.

According to ESPN FC, that search has now led him to Fonte, with the 32-year-old proving during his time at Southampton and with Portugal at Euro 2016 earlier this summer, that he can be a reliable and calming presence in the United backline if given the chance.

An additional part of Mourinho’s planning is that Bailly will leave United to feature in the African Nations Cup in January, and so he will require cover in that department during that period with Chris Smalling requiring a new partner.

Fonte would command a fee of around £8m according to the report, while it’s added that through the sales of Donald Love and Paddy McNair to Sunderland this week, Mourinho has already almost raised the funds required to make the move.

While it would be another blow for the Saints who have lost influential figures this summer including boss Ronald Koeman, it seems like a very wise move from Mourinho who is putting all his cards on the table this year and is seeking immediate success.

Some will question his policy as he’s effectively sacrificing youth for experience and a better shot at immediate improvement, while others will support his activity and believe that it’s ultimately the best strategy to get United back to where many believe they deserve to be without any further delays.

West Ham close to completing £8M deal for Southampton star who has made 20 appearances for the Portugal national team January 19, 2017 20:57
West Ham FC

West Ham make a £4M move for veteran defender but will face competition from two of their Premier League counterparts January 11, 2017 20:38
Everton FC