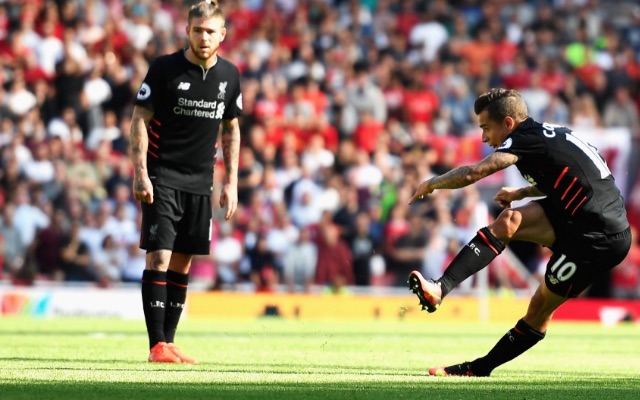 Philippe Coutinho touched the ball just 19 times during the first half of Arsenal v Liverpool on Sunday.

The only player on the pitch less involved that the Brazilian was Arsenal forward Alexis Sanchez, who had 18 touches.

Although Coutinho was quiet for the most part, one of his 19 touches was pure gold.

This stunning direct free kick, which was struck on the stroke of half time gave Petr Cech no chance.

It also gave Liverpool an equaliser, after Theo Walcott had fired the Gunners ahead.