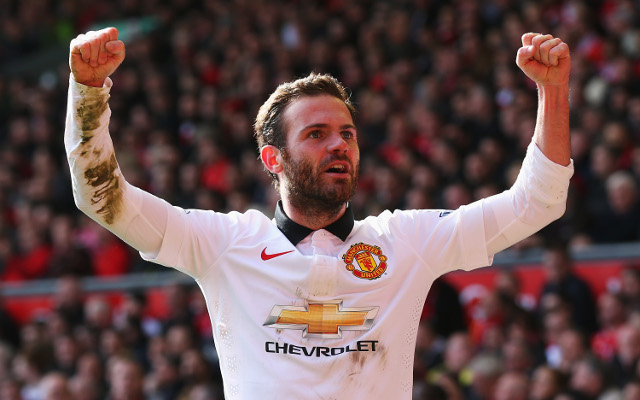 In what was a hard-fought opening 45 minutes at the Vitality Stadium with few clear-cut opportunities, an error from Simon Francis ultimately gifted the visitors the lead after 40 minutes.

After initially getting his backpass all wrong, the Bournemouth defender was then unfortunate to see the ball ricochet off his foot and back into the path of Mata who gladly took full advantage to break the deadlock.

Mata scores after a careless back pass. 1-0 pic.twitter.com/LkZvEumZpF

After much talk about the Spaniard’s future in recent weeks given his history with Mourinho at Chelsea, his first boost would have come by being named in the starting line-up with Henrikh Mkhitaryan on the bench.

Further, he’ll now have boosted his fight for a permanent spot in the team with his goal, as United look to get off to a winning start under their new manager.

Zlatan Ibrahimovic and Eric Bailly both made their debuts for their new team, with the latter in particular impressing after the opening half.