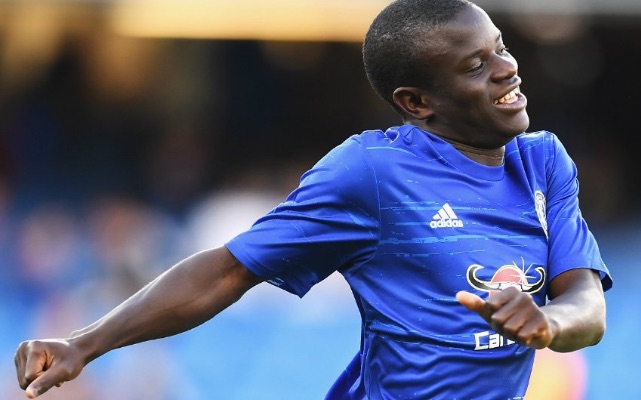 N’Golo Kante made his Chelsea debut on Monday evening when he took his place in Antonio Conte’s starting XI against London rivals West Ham United.

Before the game, former Leicester City midfielder Kante was formally presented to the home fans at Stamford Bridge.

Kante was later presented with his first yellow card as a Chelsea player, within the first three minutes of kickoff.

Kante was booked just 3 times in 3020 #PL mins for #LCFC.
But he hasn’t wasted any time getting his 1st #CFC card!?? pic.twitter.com/EhbvE1Q9oC

Chelsea finished three places and 12 points ahead of Chelsea in the Premier League last season.

Andy Carroll scored home and away as the Hammers took four point from their two games against the Blues during the 2015-16 campaign.