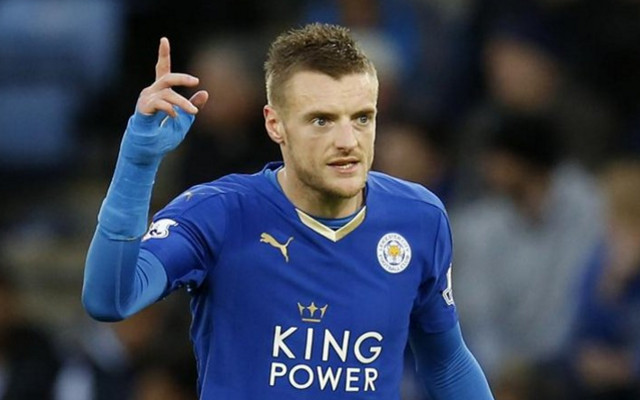 Leicester City star Jamie Vardy should have swapped the Foxes for Arsenal this summer, that’s according to The Sun’s Shaun Custis.

The 29-year-old was targeted by the Gunners ahead of Euro 2016, but after taking time to consider his position, he opted to pen a new deal with the Premier League champions instead.

Their bid to defend their crown didn’t get off to a positive start after defeat to Hull City at the weekend, although it wasn’t much better for Arsenal following their defeat to Liverpool.

Regardless, Custis has argued that Vardy should have made the move to north London as although his loyalty is commendable, he’s missed out on furthering his own career and having a better chance of winning more trophies.

“I just think it was daft,” he said. “I just can’t understand why Jamie Vardy would not go to Arsenal,” he told The Sunday Supplement.

“You’re never going to repeat what happened at Leicester again. Yes, you’re going to go on a bit of a journey with the Champions League and it’s all going to be great fun. But if you aspire to be a top, top player you go to Arsenal.

“He should have done that and he hasn’t. Maybe he’s regretting it, and if he sees [Riyad] Mahrez go before the end of the window he’ll be thinking ‘I wonder’.”

Opinions differed on the panel with Henry Winter revealing that he admired Vardy’s loyalty, but time will tell as to whether or not the striker has made the right decision for his career in the years to come.

With a lack of loyalty in the game in modern-day football, it was certainly refreshing to see the England international opt to stay at the King Power Stadium.

However, having scored 24 goals in the Premier League last season to fire Leicester to the title and although he’ll have the chance of playing in the Champions League this year, he would have been given a bigger stage and a stronger chance of winning had he joined Arsene Wenger’s side.