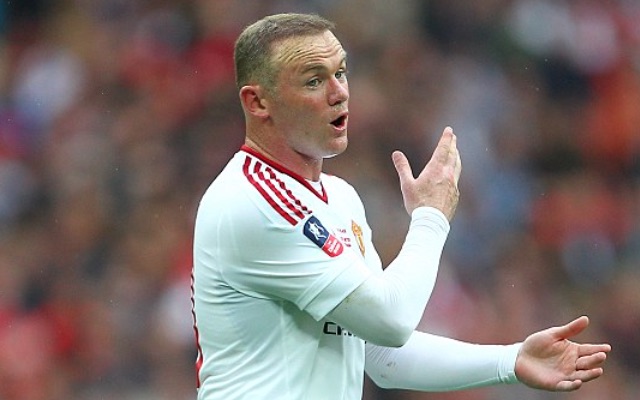 Manchester United won their first game of the season beating newly promoted Bournemouth 3-1 on the road.

United legend Wayne Rooney started but divided opinion among the fans despite scoring.

We took a look at how fans reacted to his display on social media.

We can split this game up into two halves as far as Rooney is concerned. Pre-goal and post-goal.

Rooney was slammed until his goal with some fans calling for him to be sent out to China or the MLS.

Wayne Rooney should be starting this season in the MLS or China, not captaining a team at this level. Fergie found him out three years ago.

Rooney will probably go does as a United great but not all are on board with his star status of late.

You either die a hero, or you live long enough to see yourself become the villain @WayneRooney

There were calls for Rooney to be given the Casillas treatment – or the Schweinsteiger treatment.

*Tries so hard not to criticise Wayne Rooney as it’s only been 3 minutes*.

Now that is pretty harsh.

Wenger is the managerial equivalent of Wayne Rooney. Finished years ago yet still lingering around holding his club back.

But then Rooney scored! and how the mood changed!

With his goal at Bournemouth, @WayneRooney joined @alanshearer on 87 away goals in the #PL – no one has scored more pic.twitter.com/LxX3Zn3Qq8

MOST #PL AWAY GOALS

And here is another impressive stat.

But now for the big question… is Rooney a diver?

Wayne Rooney has his appeals for a penalty turned down by Andre Marriner #BOUMUNhttps://t.co/8A84CR97I7 pic.twitter.com/cvlEgKBjQD